The device can be dubbed as the Mi 5s or the Mi Note S and will be unveiled on September 27. 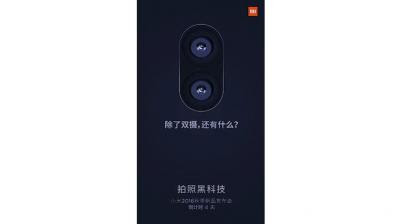 There are also rumours floating around about the Mi 5s featuring a 16MP rear camera and a 4MP front facing camera. Other speculations suggest that the device will be powered by a 64-bit Snapdragon 821 quad-core processor with Adreno 530 GPU backed by 6GB of RAM.

It is rumoured to have a 256GB variant and will run on Android 6.0 Marshmallow with MIUI 8 on the top. It is also expected to come with a 3,490mAh battery with support for Qualcomm’s Quick Charge 3.0.

Though, earlier Mi 5S was tipped to feature a 5-inch display, recent rumour suggests that the smartphone will probably feature a 4-inch display, instead of 5-inch. The rumour is based on a recent image posted by a Chinese-website Weibo.
Read source

Note:- After read the article Please free subscribe us and we will update you with latest news Paltechnologyinfo.com